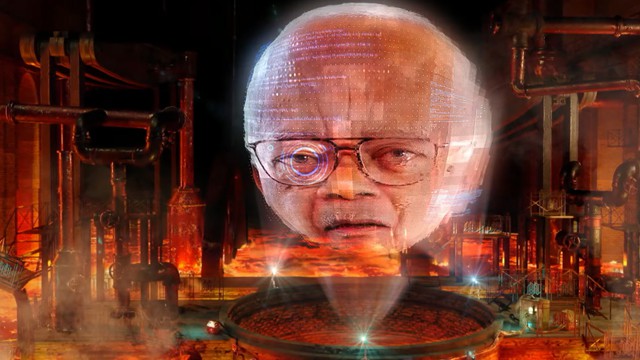 The upcoming reboot of classic 90’s TV series GamesMaster has had its first trailer drop today, along with its debut date on YouTube.

The trailer, which we’ve embedded below, includes 40 seconds of what we can expect from the show. They’ve certainly kept to the familiar aesthetic, with the crowd-based action taking place in what looks to be a rusty warehouse. Filming actually took place at Crossness Pumping Station, based in London.

Of course, the games featured are much more up to date, with some familiar classics. Keep your eyes peeled for glimpses of Cuphead, Street Fighter V, Deathloop and Mario Kart 8 Deluxe to name a few. Of course, the Oculus Quest 2 partnership means VR hit Beat Saber gets a spotlight as well. And naturally, players are still competing for the coveted GamesMaster Golden Joystick.

The highlight, of course, is the first appearance of Sir Trevor McDonald at the end of the trailer as the titular GamesMaster. His appointment was announced last month, and he seems to fit into the role left by the late Patrick Moore perfectly. But judge for yourself by watching the trailer below.

The GamesMaster reboot will first be available to watch via the E4 YouTube channel on November 21. After that, it’ll head to the regular E4 channel on broadcast television. However, an exact date for that is still TBA.