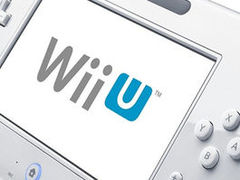 GAME intends to launch a promotion offering 50% extra trade-in value on consoles when traded in towards a Wii U, the retailer has told VideoGamer.com.

The promotion, which will be available in-store, will allow customers to trade-in any console, including handhelds, when placing a deposit for a Wii U console, and receive 50% extra value on the trade-in.

Values could change between now and the time the promotion launches, however.

Official details on the promotion are said to be coming within the next few days.

“We have three launch packages for the Wii U and customers interested in pre-ordering can do so in-store or online at www.game.co.uk for a deposit of £20,” GAME told VideoGamer.com yesterday.

“Pre-ordering is a great way of guaranteeing a Wii U for the release date and our exceptional trade-in offer gives customers a massive 50% extra value on any console or handheld console traded in against the Wii U.”

Wii U launches on November 30. UK retailers told VideoGamer.com yesterday that pre-orders for the console had been “phenomenal”.