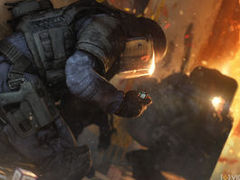 UPDATE FEB 8: The Kapkan glitch will be fixed in update 2.1, Ubisoft has confirmed, which is expected to roll out in mid-February.

ORIGINAL STORY: A new “game-breaking” glitch has been discovered in Rainbow Six Siege that makes one of the character’s explosive traps almost impossible to detect.

The glitch reportedly removes the tell-tale laser beam and anchor point of Kapkan’s EDD MK II Entry Denial Device, making it difficult for players on the Attacking team to tell where they have been set. The lasers and anchor points are supposed to give players on the opposite team a heads up on which doorways have been booby trapped, giving them a chance to destroy the trap or breach the room from an alternative entry point.

The trap can reportedly still be spotted by IQ’s ‘Spectre’ Electronic Detector, but only the actual explosive device remains visible to the naked eye, making it difficult to spot by all other players.

The bug is described as “game-breaking” in one video that explains how to do it, and is reported to affect all versions of the game. I encountered the glitch once during a PS4 game this weekend. Ubisoft doesn’t yet appear to have acknowledged the glitch, nor is it known whether it will begin banning players who take advantage of it.

A major new patch for Rainbow Six Siege hits Xbox One, PS4 and PC tomorrow, February 2, introducing a new map and the first two DLC operators. It isn’t yet clear whether the update will also address the Kapkan glitch.