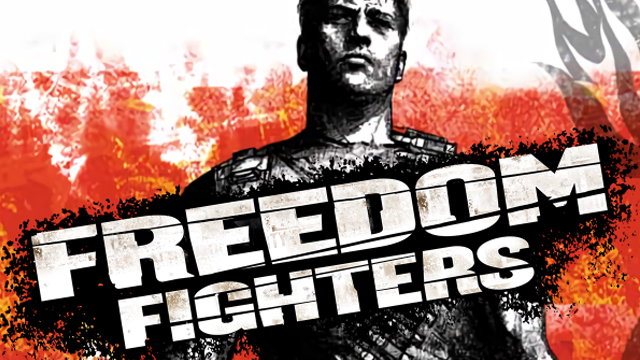 Update 15:20 BST: It seems the listing itself was pointing towards a re-release, as Freedom Fighters has now been launched on PC on digital storefronts including Steam, GOG and Epic Games Store which they announced via a brand new Twitter account.

ORIGINAL STORY BELOW: Rumours are beginning to circle that Hitman developers IO Interactive may be looking at some form of remaster for its 2003 alternate-history shooter Freedom Fighters after an updated listing was spotted on the PEGI website.

The listing was spotted and posted to Resetera by user dex3108 where the user noted that a listing for the game on PC with a date of today had appeared on the website of the Pan European Game Information. Interestingly, the 2020 listing only mentions IO Interactive as the publisher—while the listings for the original release have EA Swiss Sarl who published the PS2, Gamecube and original Xbox versions alongside PC at the time. 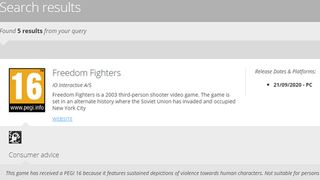 IO Interactive are, at the time of writing, yet to comment on the rumours, however; it's worth noting that the studio celebrated its birthday last week with a tweet (posted below) that did include an image from the artwork of Freedom Fighters alongside a couple of Agent 47 from Hitman. While on its own, it may be just a standard image to celebrate their other titles, it's worth noting that the studio's arguably other most famous property—Kane & Lynch—did not make it onto the birthday graphic at all.

Still, it's best to take this news with a healthy pinch of salt. We'll update you should we hear more.