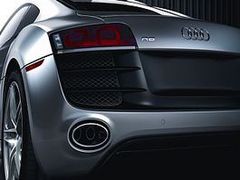 Turn 10 and Microsoft are taking a risk with Forza: Horizon, but Forza director Dan Greenawalt believes such risks are needed to meet the vision for the franchise.

Horizon is in the hands of Playground Games, which features the “core group” behind the Codemasters Racing Studio team that worked on establishing series including DiRT and GRID.

“Of course it’s a risk,” Greenawalt told VideoGamer.com. “We have developed a team and a process and a vision that has been all done internally, and we’ve had great success. Four products in eight years, good scores, good sales, and we’ve been building our momentum as a franchise.”

However, Greenawalt believes more can be achieved.

“To me it’s not about competition with them. Having a colleague I trust to help me climb Everest, that’s what I want. The next question is, do I trust them? There’s of course risk. But I do trust their pedigree. Some of the best racing games in the last twenty years have come out of that post-Psygnosis fracturing and reconvening of the UK racing game development studios, and that’s Black Rock, and Slightly Mad, and Bizarre Creations, and even Criterion. There’s a whole lot of these great racing game developers [in the UK], and the talent [Playground Games] has attracted and distilled down into this team gives me great faith.”

Greenawalt also made it clear that Horizon isn’t Turn 10 or Microsoft’s concept given to Playground Games, but the idea of Playground Games which they have been allowed to run with.

“We didn’t say ‘hey you guys should make a game like this’, it was their vision. It was theirs. And they had embraced our franchise vision and made sure their vision aligned to the greater franchise good,” explained Greenawalt. “And that just develops faith, right? I hear that sort of rhetoric from them and see that pedigree and I go ‘I think I can trust you to help me climb Everest’.

“This is a complete sharing thing. Obviously they’re going to be benefiting from us, and we’re going to be benefiting from them. DiRT’s a fantastic game, and it was a lot of creativity that went into refactoring Colin McRae into DiRT. Some people were miffed about the change to Colin McRae, some people were brought into the franchise because of the changes. They showed the ability to take great risk, there’s tremendous innovation in things like rewind.

The game’s set for release this autumn.