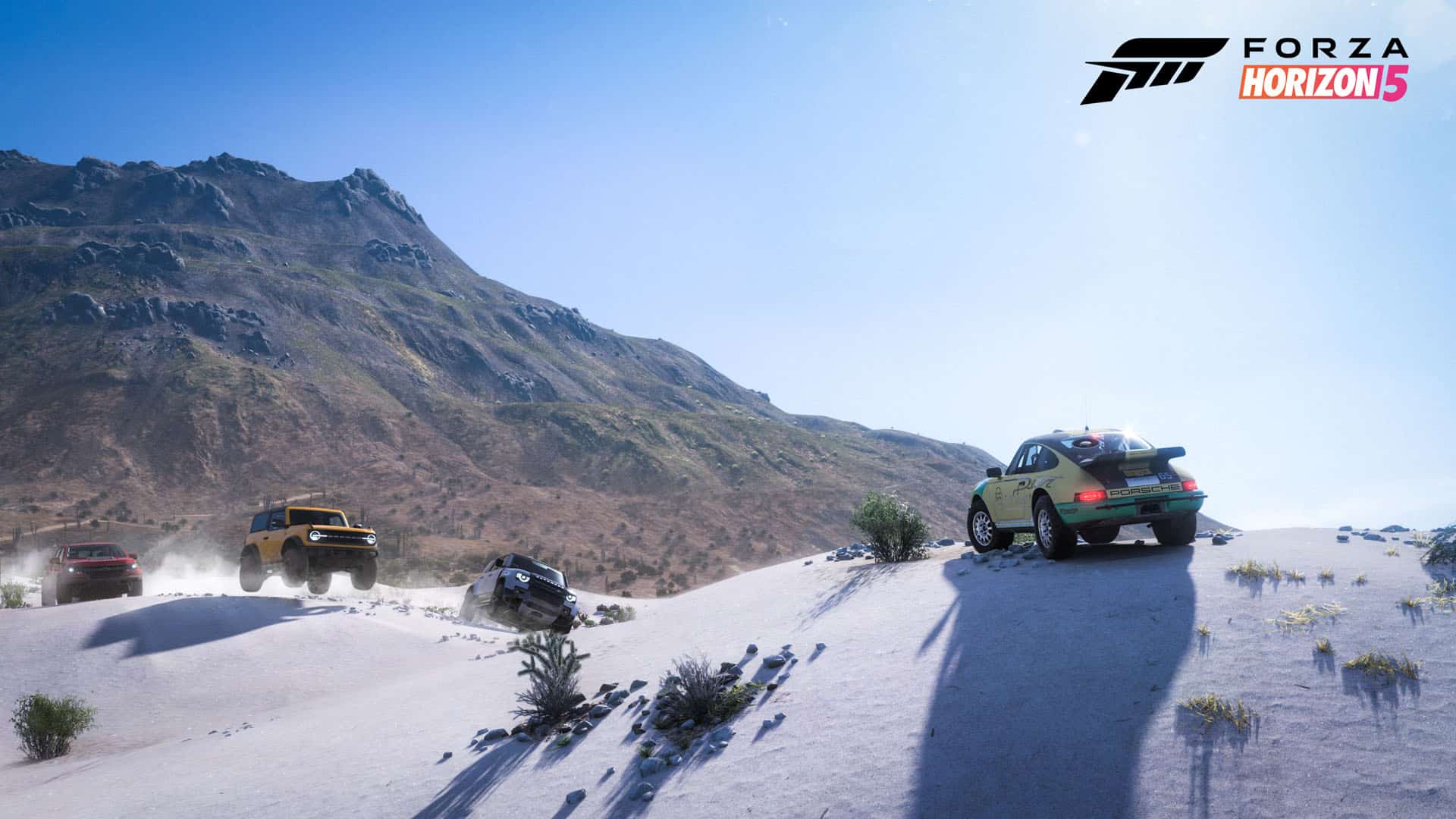 The team at Playground Games has revealed what’s in store for Forza Horizon 5 players over the next few weeks.

In the studio’s latest ¡Lets Go! livestream last night, players were offered a glimpse at some of the new cars and content coming in Series 2 and 3. Series 2 will kick off later this week, and see the game get some Holiday themed additions. This includes adding an Ice Rink to the Stadium for players to skate around to their heart’s content.

The update will also add holiday themed decorations around Mexico. There’ll also be a new Winter Wonderland area that players can visit. This new location includes a Secret Santa challenge, allowing players to gift and receive presents of cars from other players from the Forzathon shop. And to encourage the spirit of giving, there’ll be a community goal to meet. Should enough players gift presents, they’ll be able to unlock a Santa costume for everyone at 50% and a mystery car at 100%.

Elsewhere in the episode, we were also treated to some of the new cars that’ll be added to Forza Horizon 5, many through challenges on the Festival Playlist. These include the Lamborghini Aventador J and the Ferrari 599 GTO. There’ll also be the tiny Peel P50 microcar, although the team didn’t reveal yet how you’ll get this car. Meanwhile, Series 3 will see the addition of the Toyota Celica SS-I, the Jaguar XKR-S GT and more.

You can check out the full ¡Lets Go! update video for yourself below. Forza Horizon 5 is out now for the Xbox Series X|S, Xbox One and PC and we thought it was rather quite good.