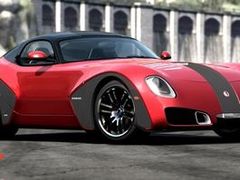 Australia’s OFLC appears to have outed a Forza 3 Ultimate Edition, which is assumed to include all previously released DLC for the hit Xbox 360 racing simulation.

A release later this year would also position the bumper package in direct competition with Sony’s Gran Turismo 5, though a Q4 launch remains purely speculation at this time.

“We have not made any official announcements about Forza Motorsport and have nothing to share at this time,” an MS representative told VideoGamer.com