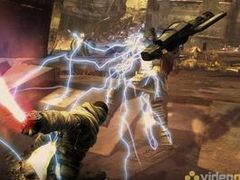 Cameron Suey, producer of the Xbox 360 and PS3 versions of upcoming Star Wars game The Force Unleashed, has said he understands the concerns of PC gamers left in the cold by developer LucasArts’ decision not to release the game on that platform.

LucasArts suffered a torrent of abuse from PC gamers following our May 2008 interview with Suey, where he explained that the reason the developer wasn’t releasing a PC version was because of the difficulty of scaling the game so that it was playable on PCs of varied power. The interview currently has four pages of comments, most of which are negative towards the move and the reasoning behind it.

When we caught up with Suey at Leipzig Games Convention last month, we asked him how he felt about the overwhelmingly negative response to his explanation for the move.

He said: “Wow. OK that’s interesting. Obviously the reason I’m doing this and the reason I think any of us is doing this is because we love games and we want to make games for people who love games. So any time someone’s not happy with something, I won’t say it’s difficult because you have to deal with it, but we would totally prefer everybody to be as happy as possible, you know we want to make everybody as happy as possible.

“In this case, it just really wasn’t feasible. As much as I really understand everybody’s concerns and I really understand that people want to play the game on their platform of choice, the truth of it is, the way this game is designed, based around these physics, that are simulation based and very procedural, it would take a very powerful PC to pull them off. This is definitely stretching the Xbox and the PS3 really to the farthest they can go.

“And yet high-end PCs definitely would be able to do it. Traditionally the way you get a game on multiple PCs is you have to scale the graphics down, right? Unfortunately physics, especially procedural physics, it’s impossible to scale it and if you did scale it or turn it off or turn it down it would fundamentally change the way the gameplay works. It would just be too limited for us. It was a difficult decision to make but you can’t scale the physics.”

Star Wars: The Force Unleashed is due out for Xbox 360, PS3, Wii, PS2, PSP and Nintendo DS on September 19. You can get all the latest trailers, screen shots and hands-on previews over on our game page. 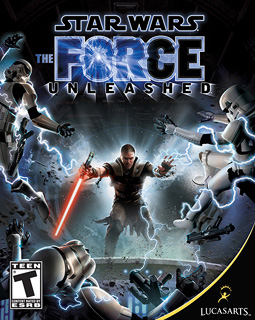