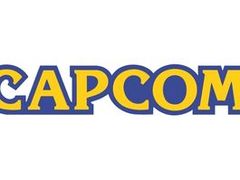 Capcom has today confirmed that Flock! for Xbox LIVE Arcade, PlayStation Network and PC will be released this Holiday. The download-only game is in development at Proper Games, a studio comprised of team members who have previously worked on such titles as Lemmings, Crackdown and Battlefield 2: Modern Combat.

You take control of a UFO and must herd animals to your alien mothership. Essentially a puzzle game, each level will require gamers to mange the quirkiness of the animals and solve a number of environmental physics-based puzzles. As well as solo play, Flock! will support two-player co-op play and a level creator for customised levels.

Over 50 levels of pastoral puzzle challenges.

Level Editor allows players to make their own “plushie” and puzzle-filled levels and share them with their friends online.

Compelling environments complemented by a whimsical art style, beautiful lighting and distinctive textures make this one of the most graphically-advanced downloadable titles to date.

Flock! will be released this Holiday on XBLA, PSN and PC priced 800 Microsoft Points / $9.99 PSN.

For the latest news, screens, videos and previews from E3 2008 head over to the VideoGamer.com E3 Blog.