FIFA 23 how to play Kick Off 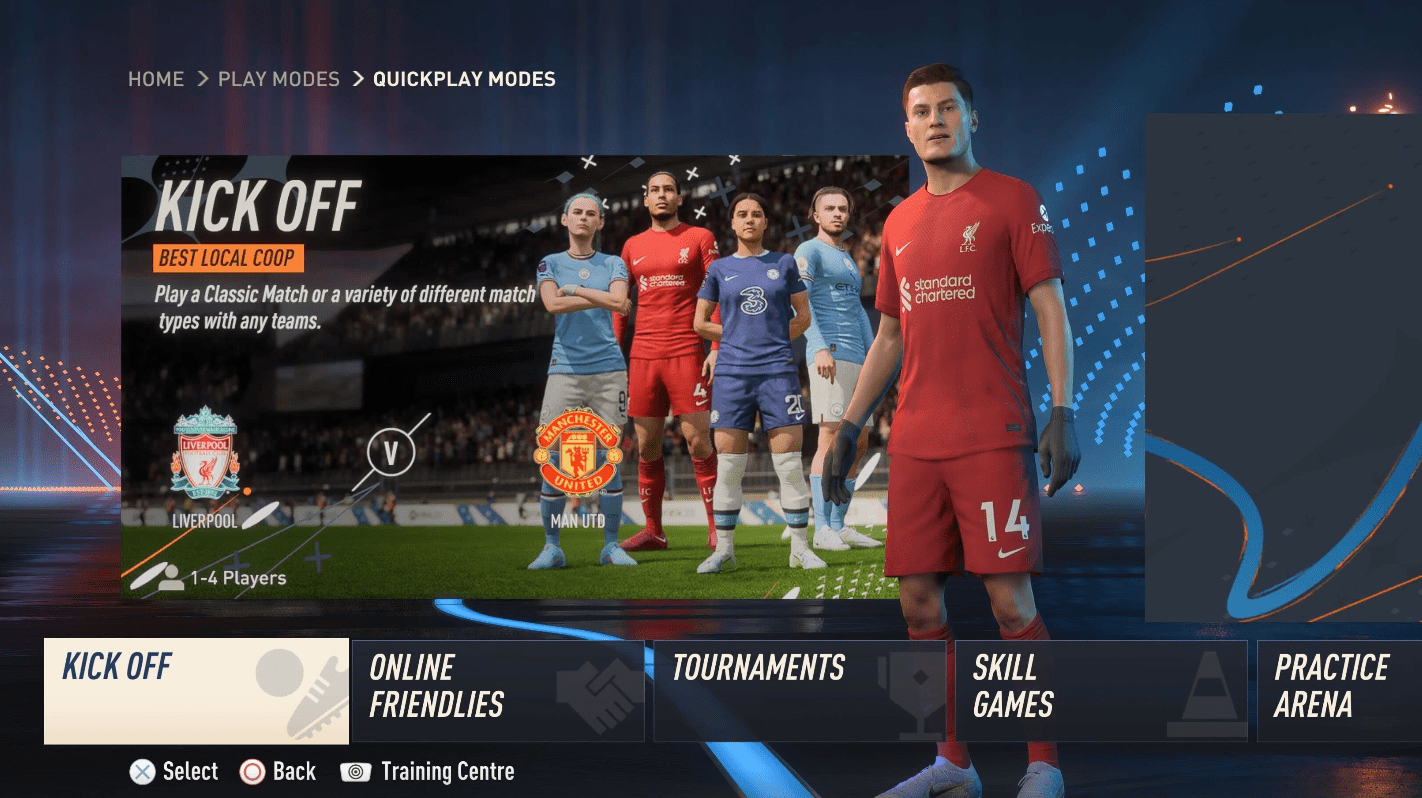 NOW READ: Here’s how to score every penalty in FIFA 23

There are a ton of modes on FIFA 23 – from Career Mode and Ultimate Team to this article’s focus, Kick Off, where you can play with friends.

Remember, make sure to check out our top tips from FIFA expert and EA Game Changer Neal Guides – who has had plenty of hands-on time with FIFA 23 ahead of its full launch on September 30.

NOW READ: FIFA 23 Ones To Watch Promo – Everything you need to know!

How to play Kick off

Kick Off is easy to get to and can be found in the in-game menu. It’s the go-to mode if you want to play couch FIFA with some friends.

If you do not select sides, the game will assume you want the AI to play against each other in a ‘sim’ match. At any time during that game, you’re able to go in and select a side to play against.

There a eight Kick Off modes in FIFA 23, tailored to those who want to jump in and have a quick game, either solo or with friends. Kick Off mode does not support online play – and is local only.

What is FIFA kick-off mode?

FIFA kick off mode is a offline game mode tailored for players who want a ‘sim feel’ to it. From here you can select a range of modes with real life teams.

What modes are in FIFA kick off?

Here are all the modes in FIFA’s kickoff section.