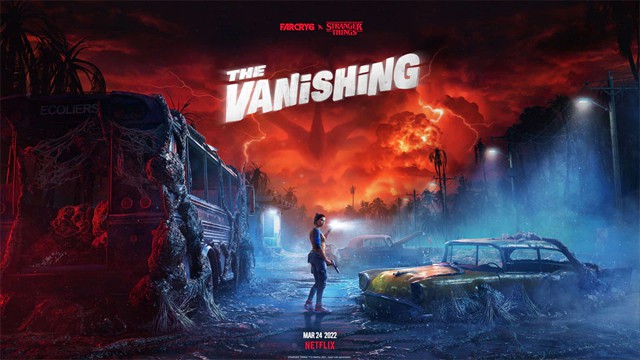 Ubisoft has announced that shooter Far Cry 6 will get its free Stranger Things crossover as well as a free weekend from tomorrow.

The free DLC will be the final entry in the game’s series of crossover missions. Entitled ‘The Vanishing’, Dani will head to the Upside Down in a search for missing canine companion Chorizo. Players can expect a “stealth-horror survival gameplay experience” that’ll also feature the infamous Demogorgon & locales inspired by the Netflix series.

As an added bonus, the release also coincides with a free weekend for Far Cry 6. Players can start pre-loading right now, then from March 24 they’ll get access to the entire game for no charge. That includes the main game and all three pieces of crossover DLC, all playable solo or in co-op. You’ll have until March 27 to play, and any progress you make can be carried over should you decide to pick up the game afterwards. To sweeten the deal, the game’s also on sale on just about every format.

Apart from Stranger Things, previous Far Cry 6 crossover missions have so far included one based on Rambo, and one that featured movie star Danny Trejo. In the game’s Season Pass, players have also been able to play as series villains Vaas, Pagan Min and Joseph Seed. If you’ve not checked out our review of the main game yet, you can do so over here.