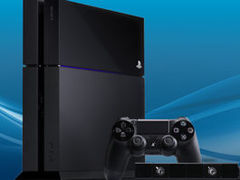 PS4’s new SharePlay functionality will work with any game that uses a DualShock 4 controller, Sony exec Shuhei Yoshida has confirmed.

SharePlay allows players to hand control of their games to online friends via streaming, no matter where the other person may be. Yoshida explained the concept in a little more detail in an interview with Famitsu (translated by Kotaku).

“How it works is, for example, say, a friend has a game that I don’t. I ask them to let me play it, and if they send me an invitation, I can access their PS4 and play while watching the video that is streamed.” he said. “You could call it a mini PlayStation Now.”

Yoshida also goes on to note that there’s no additional programming needed to implement the functionality. “There is no need for developers to do anything for their games to be compatible with SharePlay.”

Players can also save progress made through SharePlay to their own account and continue on their own if they buy the game. “You can save your save data to your own account, so if you like a game you played via SharePlay, you can buy it for yourself and continue where you left off.”

All in all, SharePlay sounds like a pretty great feature. The only note of caution is that, in handing control of the game to another player, you’re ceding control of your entire system to them, so make sure it’s a good pal and not a stranger!