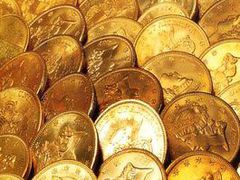 An investor within the Entropia Universe community has spent $2.5 million on virtual real estate in the sci-fi MMO.

The transaction was for deeds to a region in the MMO’s Planet Calypso area, developer MindArk has revealed, as reported by Eurogamer.

Users who own land in the game receive gross revenue generated on their planet via player-to-player transactions, which makes up roughly $400 million annually on Calypso. Thus an annual return on the investment will be 27 per cent, according to MindArk.

Virtual items for real-world money have increasingly become a talking point within the MMO community. The items hold enough value that earlier in the year the Dutch Supreme Court declared virtual theft to be a real-world crime after two teens threatened a RuneScape player at knife-point in order to gain in-game items from him.