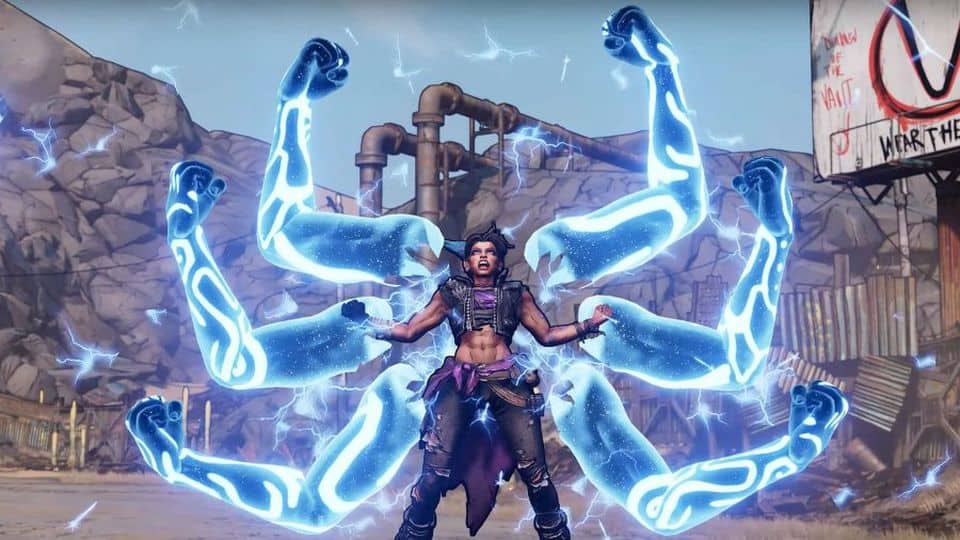 Updated on February 3, 2021 by Ben Borthwick

Embracer Group (formerly known as THQ Nordic) are on another studio shopping spree, and this one may be their biggest yet as they've announced that they've snapped up Borderlands and Brothers in Arms creator Gearbox in a deal said to be worth a potential $1.3 billion USD.

In a press release, Embracer said that Gearbox will become a seventh operating group as a wholly owned subsidary of the company, and CEO Randy Pitchford (who'll continue to lead the company) and the 550 employees will all become joint "significant" shareholders in Embracer. The $1.3 USD billion dollar value of the deal is dependent on performance targets; with $363 million of the value paid up front and the owners getting just over a billion should the company hit agreed six year performance targets.

Pitchford said in a statement on the acqusition: "The feeling at Gearbox is that we are just getting started and this transaction is not merely a stimulant for the talent of our employee-owned company, but a propellent for the exciting future we have planned."

It's not the only purchase the Embracer Group has made today either, also announcing that they've snapped up mobile publisher Easybrain along with Gearbox's fellow Texan studio Aspyr Media who made their name porting a litany of titles to the Mac but are also responsible for publishing games like Farenheit: Indigo Prophecy Remastered to Windows PCs and Layers of Fear, Observer and the recent re-release of Star Wars Jedi Knight II: Jedi Outcast to consoles.

Aspyr will report under Embracer Group's Saber Interactive umbrella, which only as recently as August added Metro developer 4A Games to their fold. All three acquisitions join an ever growing list of acqusitions for the company, which has included Flying Wild Hog, Zen Studios, the aforementioned Saber Interactive and more just in the last twelve months alone even before we remember the THQ Nordic, Deep Silver and Koch Media labels also in their care.

Gearbox meanwhile are currently working with Lionsgate on a Borderlands movie, which just recently announced the casting of comedian & Jumanji star Kevin Hart as Roland.

UPDATE 16:30: 2K has responded to this news, providing their own statement to say this news does not change their relationship with Gearbox and they will remain publisher of the Borderlands series for the forseeable future. Read the whole thing here.