Konami has announced its long-running football series will drop the PES branding entirely and be free-to-play with eFootball launching this Autumn on consoles and PC.

As per the announcement, the game has been completely rebuilt on the Unreal Engine with a ‘revamped animation system and game controls’. It’ll be free-to-play on consoles and PC including the Xbox Series X|S and PlayStation 5. We’re also promised “cutting edge graphics” and “incomparable immersion” on the new-gen consoles.

Realistic player movements are promised thanks to Konami’s new ‘Motion Matching’ technology, which involves a huge range of new animations including reactions to things like ball speed added to every player. It certainly sounds like a direct response to EA’s recent announcement of ‘HyperMotion’ technology in their own FIFA 22.

The new game also promises eventual Cross Play compatibility to allow players on any platform to take on each other, starting with cross-generation play at launch. This will then be followed by console-to-PC cross play by late Autumn, and full cross play by Winter. The roadmap also confirms that Online Leagues, a Team Building Mode and a Match Pass system are all also on the cards.

We first got a glimpse of the new game under the moniker ‘New Football Game‘ when a beta was released a few weeks ago. You can check out the reveal trailer for the game for yourself below. eFootball is set to launch on Xbox Series X|S, Xbox One, PlayStation 5, PlayStation 4, PC, iOS and Android by Autumn of this year. 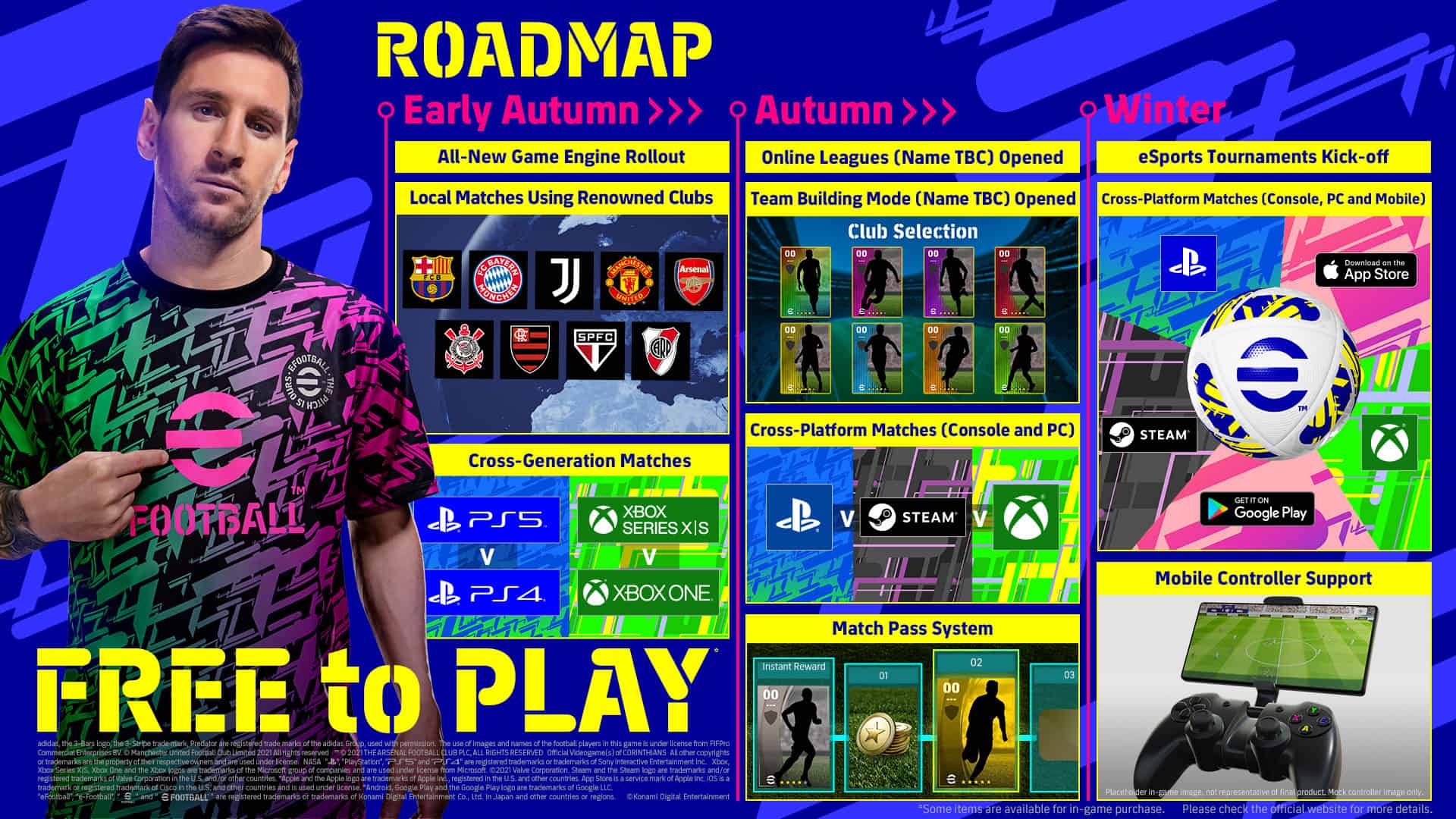