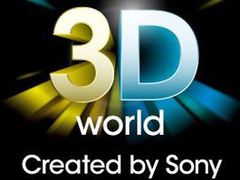 3D might not be the next big thing that both Sony and Nintendo want us to believe, according to EA CEO John Riccitiello who has revealed EA’s decision to turn its back on the technology.

“We see really high returns in these markets and very poor returns focusing on 3D, so we are allocating our resources toward new innovations,” Riccitiello told shareholders at EA’s annual meeting.

While Sony continues to push 3D through its Bravia TVs and first-party PlayStation 3 games, it seems EA believes the audience simply isn’t interested.

Riccitiello was also openly unimpressed by the 3DS, pointing to its failure to live up to the moniker of the “next big thing”.

Earlier this month, Square Enix told VideoGamer.com that 3D with glasses is a huge problem, but it seems 3D without glasses isn’t doing too well for Nintendo either.

Obviously, should 3D take off, EA will likely return to the technology in no time, but it’s a worrying sign for those parties putting a lot of their eggs into the stereoscopic basket.