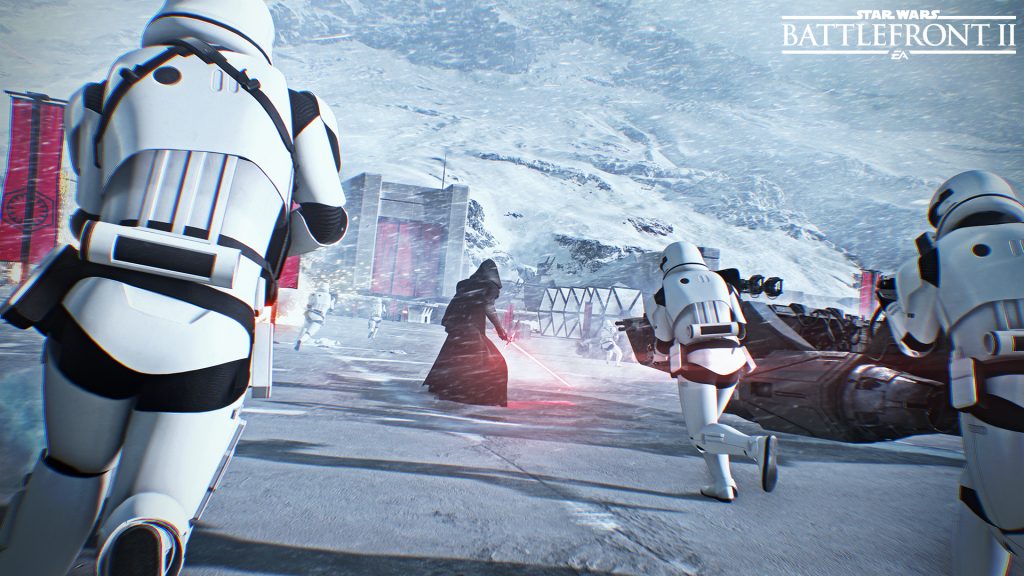 EA has announced the first batch of changes to the oft-maligned Star Wars Battlefront II progression system via a blog post today, admitting that although the changes are small, they represent the first steps towards making much larger changes in the future for the shooter.

First up, the end-of-round credit rewards have been increased, and though a specific figure has not been given, EA also remarks that this has been increased across the board with top performing players seeing an even higher boost.

Secondly, Arcade Mode is now set to pay out three times as many credits daily, via increasing the cap to 1500 credits. EA says that while the team is looking at long-term additions to the mode, ‘we think that this should help in the near-term for those who want rewards for completing the different scenarios.’

Finally, EA promises that Daily Login Crates – rewards for, as you can probably guess from the name, logging in – will now provide more crafting parts than before, with the aim of hopefully allowing you to make more Star Cards than you were previously able to.

These are small changes, and arguably none of them really change the entire loot crate issues at the heart of Star Wars Battlefront II (and incidentally those have not yet been switched back on) but as the post itself says these are small changes they hope will improve the progression experience somewhat, and EA plans to roll out more as time goes on.

Meanwhile, EA finished up the post by talking up the season of The Last Jedi content coming to the game for free, with the first phase commencing tomorrow and asking players to pick between the First Order and the Resistance.