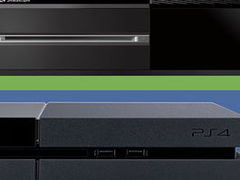 Xbox One and PlayStation 4 may have only just arrived, but that hasn’t stopped EA from talking about their successors.

Talking with MCV, EA Studios EVP Patrick Soderlund revealed that he expects the next console generation to arrive in around five to six years time, suggesting that the life spans of PS4 and Xbox One may not live up to those of their predecessors.

“This console cycle [360/PS3] may have gone on a little bit longer than I would have wanted,” Soderlund told the site.

“At the same time, you have seen games like The Last of Us and GTA V at the end of a cycle which perhaps you would not have expected a few years ago. But a five, six year gap is what I expect going forward.”

Soderlund’s predictions suggest that the life of the new console generation could come to an end years sooner than that of Xbox 360 and PS3.

The Xbox One launched on the 8-year anniversary of Xbox 360, with PS3 arriving 7 years after its Japanese debut. Microsoft has said previously that it expects Xbox One to last “conservatively a decade”.

Nevertheless, if proved correct the shorter cycle may suit third-parties. Ubisoft CEO Yves Guillemot has previously criticised the 360/PS3 for outstaying their welcome, suggesting that the eight year wait for new consoles stifled interest in the industry.