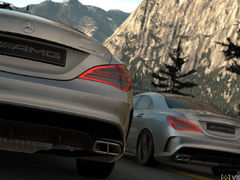 Sales of PS4 racer DriveClub rose by 999 per cent last week thanks to “massive sales” of the heavily-discounted DriveClub PS4 bundle.

Evolution’s racer jumped 25 places to No.8 in this week’s charts due to the high volume of sales, after the console bundle was discounted to as low as £289 for the Black Friday weekend. The bundle typically costs £384.99.

Sales figures for the game have yet to be announced by Sony.

Its resurgence in the charts follows the release of last week’s DLC, which was given away for free to all DriveClub owners as compensation for the game’s bodged launch.