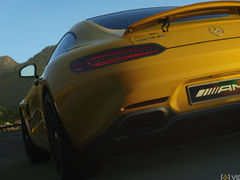 More work must be done on DriveClub before the game is considered fixed and “bigger or better news” is announced, Evolution Studios has said in a Facebook update posted over the weekend.

“There are more servers coming online and there will be a significant server update to improve performance in the next 24 hours,” explained the post. “We will also be running performance diagnostics around this update, but there shouldn’t be much disruption or downtime.

“This server update will improve online performance across the game and it also brings specific improvements for multiplayer racing and leaderboard updates.

“More improvements will follow as we make progress on Sunday and Monday, but we still have more work to do to get everything back on track before we can give you any bigger or better news. We will keep you up to speed.”

Exactly what this “bigger or better news” is isn’t clear, but the studio could be referring to the launch of the free PS Plus Edition, pulled from release to help reduce the strain on the game’s servers.