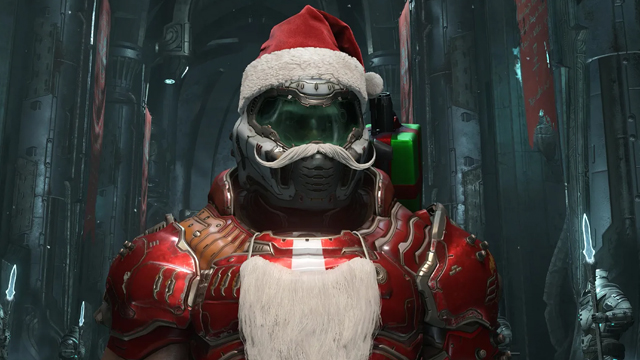 Bethesda has updated shooter Doom Eternal with an all-new Master Level, giving veterans an extra challenge to blast their way through for new cosmetic rewards and bragging rights.

The Super Gore Nest level is billed as a “new combat experience” that has been built from the ground up around the campaign’s Super Gore Nest map, and is filled with new environmental hazards and conditions to keep even the most hardened Doom Slayer on their toes. In addition,  new ‘Classic Mode’ will task you with starting off with just the Combat Shotgun, and it’ll be up to you to find more weapons to arm yourself up with and survive as long as you can.

Other modes included with this Master Level are Extra Life difficulty, which introduces permadeath and Ultra Nightmare Difficulty which is the same but doesn’t even afford you the opportunity to earn extra lives, so making sure you don’t make a mistake is key to victory.

This update also, naturally, contains a ton of fixes and changes for the base game, including an improvement to Xbox Series X and Xbox Series S players to increase the default backwards compatibility mode resolution scaling to 4K at 60HZ with dynamic resolution scaling and to 1080p for the Xbox Series S. You can check out a full list of patch notes over on the game’s official website.

Finally, Bethesda announced that Doom Eternal will be making its way to Xbox Game Pass for PC later this week on December 3, a couple of months on from its release on Xbox Game Pass for Console back in October. It’s also just a few days out from the game’s launch on Nintendo Switch on December 8, which it announced yesterday. Check out a trailer for the Super Gore Nest Master level below.