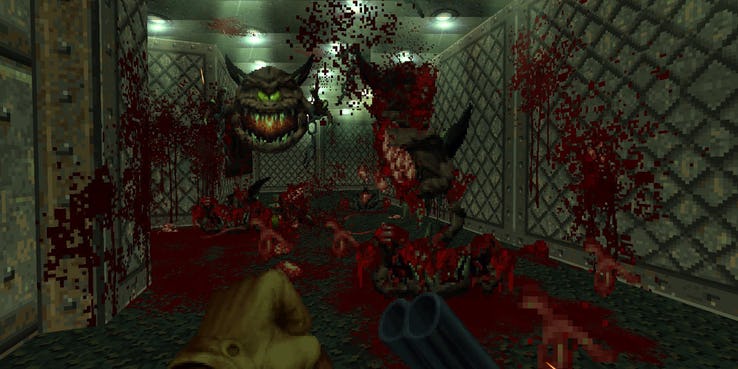 PEGI has rated Doom 64 for PlayStation 4 and PC in a now deleted listing, as spotted by Gematsu.

As Doom, Doom 2 and Doom 3 have now been re-released on Playstation 4, PC, Xbox One and Nintendo Switch, this might be another surprise planned by id Software and Bethesda for their long-time fans.

Doom 64 was, as the name suggests, exclusive to Nintendo 64 and developed by Midway. Released in 1997, its story followed on the conclusion of Doom 2 and took advantage of the N64’s graphic capabilities and an atmospheric soundtrack to take the series in a distinctly horror direction. Seeing as it appeared and then disappeared on the PEGI site, gamers are wondering if it's next on id Software and Bethesda’s retro agenda.

The re-releases are a smart move, to be honest: Doom Eternal is due later this autumn, but the old versions on modern and portable consoles brings in both newcomers and the steadfast devotees.

Doom Eternal will arrive on Xbox One, PlayStation 4, Nintendo Switch, Google Stadia and PC on November 22.