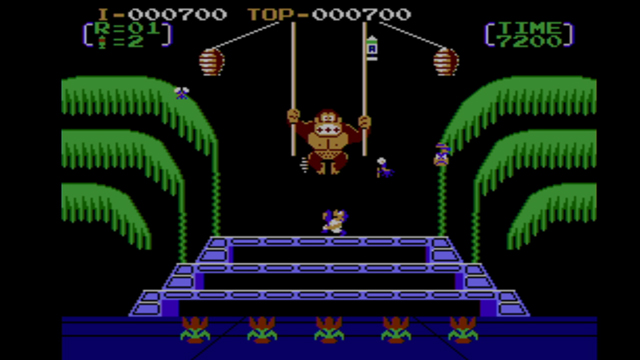 Nintendo has revealed this month’s NES games coming to Nintendo Switch Online as part of the subscription service next week, as well as a new Rewind feature you’ll be able to use on all games on the service going forward.

Donkey Kong 3 and Wrecking Crew both land on July 17, and the former sees ol’ DK terrorising some greenhouses, while you play as Stanley armed with a pesticide gun and, in a reverse of the classic formula, must chase the titular monkey up the levels. Wrecking Crew sees Mario and Luigi trade in their plumber overalls for sledgehammers, and must – as the title suggests – wreck stuff up for points. Here’s a trailer for both games below.

In addition, a new Rewind feature will be dropping on the same day. As demonstrated in the second video below, it’ll allow you to go back by pressing the shoulder buttons on your Nintendo Switch and undo any mistakes you may have made, or if you just want to go back and replay a section of the game.

Both games and the new rewind feature will be available to active subscribers of Nintendo Switch Online from next week, July 17. The service – which is required to play many Nintendo Switch games’ online features – is proving very popular, recently surpassing 10 million subscribers.