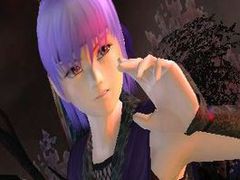 Dead or Alive Dimensions out May 20

Nintendo has announced that Dead or Alive Dimension will be released across Europe on May 20 exclusively for Nintendo 3DS.

The three dimensional brawler features over 25 playable characters and support for StreetPass where fighters compete against AI controlled fighters. Make use of StreetPass and you’ll unlock prize character figurines as rewards.

In addition to its 3D display mode, Dead or Alive Dimensions also offers an enhanced 2D mode which allows the action to render at a silky smooth 60 frames per second.

With Super Street Fighter IV 3D being the biggest selling title so far for 3DS it’s clear there is an audience for fighting games on the handheld, but Dead or Alive Dimension’s release could come too soon. Will gamers want another fighting game already?