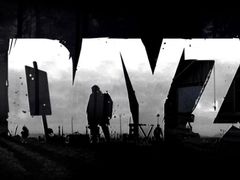 Dean Hall, creator of open-world zombie-thrashing ArmA II survival mod DayZ, has once again reiterated his desires to make a standalone version as the game approaches one million unique players.

“I want to see it become a standalone game, following the Minecraft model of a low price point, but that will only work if we say that everyone is going to pay, and in order for people to not feel ripped off we need to have a load of new content; so, things like base-building, tidying and cleaning up animations and add ragdoll physics as the like.”

Hall believes that this can be accomplished over the next few months, and “certainly before Christmas”.

DayZ’s breakout success is because of a “silent revolution” with social media, says Hall, citing Minecraft as another example. “People are naturally story-tellers, and that’s been a big part of the appeal of DayZ,” said Hall.

“I think what’s happened is that people would have these really crazy experiences and they’d go out and tell people about them or post them on social media. Social media is really causing this silent revolution, in the way that it helped Minecraft and it how it appears to be able to help modding now, too.”

DayZ is currently free and in alpha, but requires a copy of ArmA II: Combined Operations (the original game plus its expansion pack Operation Arrowhead).

Set in the near future in a fictional post-Soviet country called Chernarus,…

Set in the near future in a fictional post-Soviet country called Chernarus,…