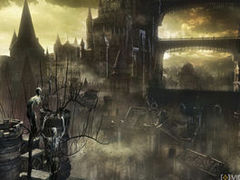 Dark Souls 3 is being developed by a different development team to Bloodborne, director Hidetaka Miyazaki has confirmed, with only Miyazaki and “some visual designers” at From Software having worked across both titles.

Discussing the game’s development during a presentation at E3, Miyazaki explained (translated via Bandai Namco producer Atsuo Yoshimura) that “the Bloodborne development timeframe and that of Dark Souls 3 overlaps [by] approximately 1 year.

“However, none of the Bloodborne team members joined the Dark Souls 3 development team. Miyazaki-san is actually the only guy who handled both.”

Yoshimura immediately clarified that “some visual designers have also worked on both titles. That’s the exception.”

Pre-order Dark Souls 3 now on PS4, Xbox One or PC.