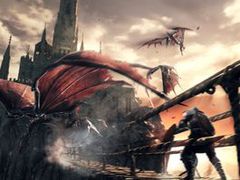 Dark Souls 2 director on difficulty: “Obviously the game will not be easier”

Dark Souls 2’s director Yui Tanimura has pledged that the upcoming sequel’s difficulty will not be scaled down to appeal to a wider audience, despite the team’s desire to make the game “more accessible”.

“Obviously, the game will not be easier,” Tanimura told VideoGamer.com. “What we meant by ‘making it more accessible’ was that we want to streamline away all of the tediousness, I suppose. We want to cut away all the fat and deliver a lean, pure, challenging experience.”

Dark Souls’ extreme difficulty formed much of the appeal behind 2011’s action-RPG, but the goal for the sequel “isn’t to make Dark Souls 2 more difficult,” Tanimura adds.

“We have the freedom to stay loyal to the core audience and core fans of Dark Souls and we’re not ordered [from Namco Bandai] to mass a large audience,” he says.

“No matter what sort of deaths we want the player to experience, the player needs to understand the reason that they died,” Tanimura continues.

“Killing players is obviously very easy. You just make an enemy invincible or super strong and the player will die. But it’s important to allow the player to understand the reason for their death and they need to learn from their death. It’s a fine balance but we always keep in mind that we can’t make the game unfair.”

VideoGamer.com was given an early look at Dark Souls 2 earlier this week. Head through here to check out our impressions.