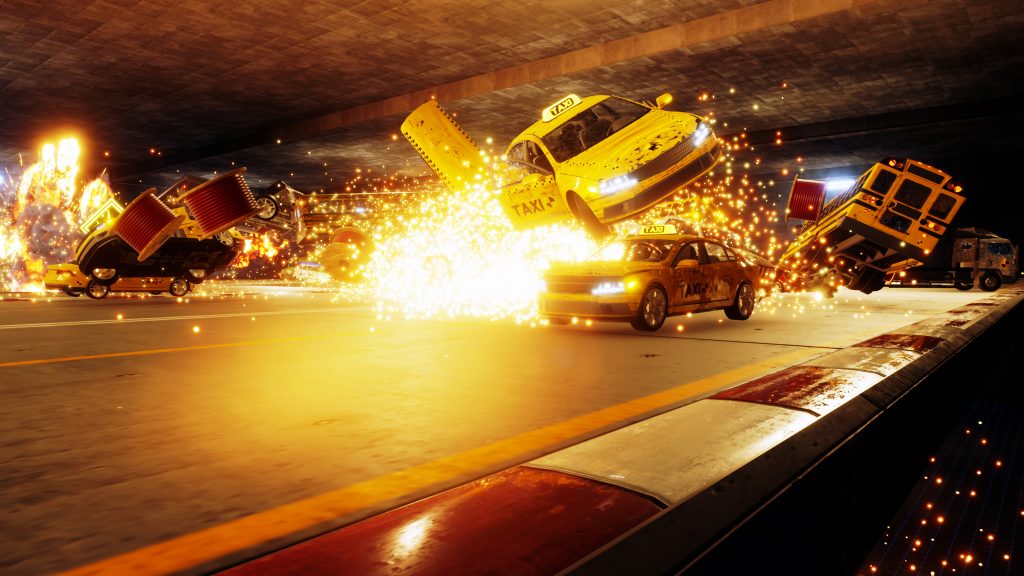 Independent studio Three Fields Entertainment was set-up in 2014 by some of the creators of the much-loved Burnout series, and today they announced their next project: Danger Zone.

Criterion Games Co-Founder and CEO of Three Fields Entertainment Fiona Sperry said ‘We are going back to our roots by creating a game in a genre we are truly passionate about.’ Sperry went on to describe Danger Zone’s aim to take the Crash Mode from Burnout 3: Takedown and transform it into ‘an all-new car-crashing, arcade-style puzzle game.’

In the same vein as Crash Mode, you drive your vehicle onto a junction (while probably not checking your mirrors to ensure its safe to do so), and attempt to crash into as many cars as possible. Upon impact with enough oncoming traffic, your car turns into a bomb that can explode on command, which is nice.

We can only hope that the Kenny Loggins classic of the same name will appear in some way shape or form.