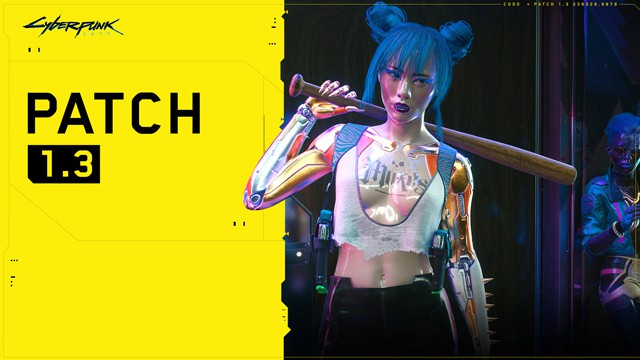 CD Projekt Red has released patch 1.3 for Cyberpunk 2077, and it includes some free pieces of cosmetic DLC.

As was promised yesterday, the full patch notes alongside a grander reveal of the update went live last night. They include an alternative appearance for Keanu Reeves’ Johnny Silverhands character as well as two new jackets for V. The jackets also come with Crafting Specs to craft higher quality ones. The update will also add a new Archer Quartz “Bandit” car, available as a reward or for purchase after the Ghost Town mission.

Elsewhere, the update includes a vast array of changes and tweaks. In addition to those mentioned yesterday, there’s now database links to journal entries, and an increased number of autosave slots and quicksave slots to name just two. You can upgrade crafting components in bulk, and there’s now a filter for quest items in the backpack. It’s a lot for us to list here, so you can read the full set of changes on the Cyberpunk 2077 website.

Of course, this is only the start of Cyberpunk 2077‘s DLC offerings. Senior Designer Patrick Mills addressed their size on last night’s patch livestream (helpfully transcribed by PC Gamer). “This is the first of our small DLCs. These are small DLCs. I have seen people getting really hyped because, ‘oh my god, DLCs are coming!’ These are small DLCs. We’ll be releasing more later.”

Previously, CD Projekt Red has hinted the game will eventually get expansion level content similar to that it released for The Witcher 3. Before then, of course, we’re also still expecting the next-generation upgrades for the game scheduled to launch later this year.

Cyberpunk 2077 patch 1.3 should be available to download now on Xbox Series X|S, Xbox One, PlayStation 5, PlayStation 4 and PC.

List of the most notable changes coming in this update is available here: https://t.co/P4BZ9pohBS pic.twitter.com/5aljrkSAMQ