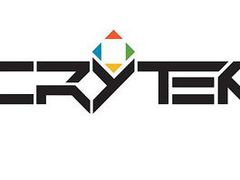 Crytek is ready for the next generation

A group of unnamed developers are working on next generation game projects with CryEngine 3, Crytek has revealed.

According to CryEngine business executive Carl Jones these studios “are already using CryEngine 3 for games with target platforms significantly higher in power than the current-gen consoles”.

Develop believes some studios have been working on titles for Microsoft’s next platform for over a year.

Crytek denied a VideoGamer.com report that it was working on TimeSplitters 4 using CryEngine 3, with Microsoft set to reveal the Xbox 720 at E3 2012. However, the developer’s latest comments suggest this may not be far off the mark.

“We’ve been planning for next gen development since we started CryEngine 3,” said Jones.

“We’ll be showing more on this during 2012. We don’t need to rebuild our engine to deal with higher spec gaming devices, which will come on line in the next few years.”