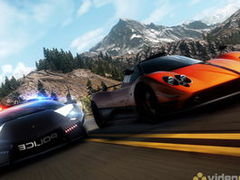 Criterion has been reduced to a team of just 16 people, creative director Alex Ward has revealed, with the 60-65 Criterion staff currently working on Need For Speed: Rivals now working under the umbrella of Ghost Games.

In a series of tweets, Ward explained that Criterion is “a small team now”, with the majority of the studio forming part of a team called Ghost Games UK.

The team remaining at Criterion is thought to now be known as ‘Criterion Zero’.

It was announced last month that Ghost Games had taken ownership of the Need For Speed IP, and will be leading development on all future games in the series.

The title is not related to Need For Speed.