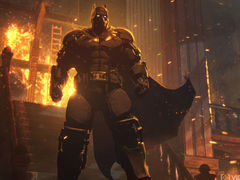 The DLC features Batman’s first encounter with Mr Freeze, who can only be beaten thanks to all new gadgets including Thermocharged Batarangs and Thermal Gloves. Batman is also equipped with his powerful Extreme Environment (XE) suit.