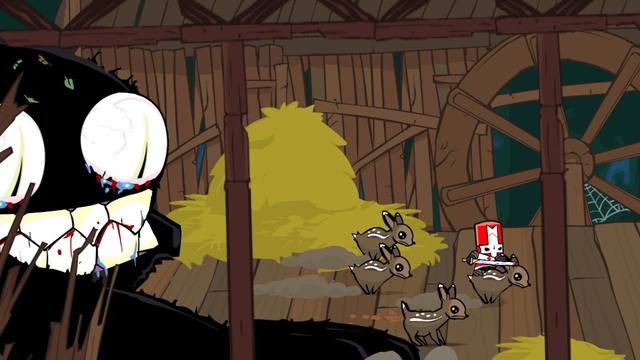 Castle Crashers is probably heading to PS4 and Switch

Excellent scrolling beat-'em-up Castle Crashers looks set to make the jump to PlayStation 4 and Nintendo Switch, according to a teaser from developer The Behemoth.

The studio's Twitter posts (via PST) paint a pretty clear picture, featuring DualShock and Switch controllers alongside mention of a Tuesday announcement. Considering Castle Crashers is currently on Xbox One, it makes sense that The Behemoth would want to complete the current-gen set and bring them to Sony and Nintendo's format.

Castle Crashers originally came out on Xbox 360 back in 2008, and was ported to PS3 and PC in 2010 and 2012, respectively. The Xbox One version arrived a couple of years back in remastered form.

If you haven't played it yet, then you should probably keep an eye on The Behemoth's announcement; Castle Crashers is a hell of a lot of fun, particularly with a couple of mates in tow.