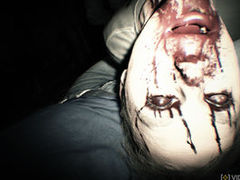 Capcom’s Resident Evil series has always gone by two names: Resident Evil in the West and Biohazard in Japan. With the game’s seventh numbered instalment Capcom has decided to bring the two names together – but why now?

“Obviously you can tell we wanted to merge the two titles we’ve had,” he said. “As fans may know, the game has been called Biohazard ever since the beginning in Japan, and it’s been called Resident Evil in the West.”

He continued: “We really want to have the big, impactful feeling of the series being in one place right now, and having one future it’s heading towards. To do that, we brought the two titles together into one with Resident Evil 7 biohazard. It’s the opposite in Japan, it’s BIOHAZARD 7 resident evil.”

Resident Evil 7 releases on PS4, Xbox One and PC on January 24, 2017. The game can also be played in full on PlayStation VR.