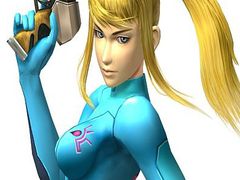 Samus Aran, heroine of the Metroid series, will not be a playable character in upcoming 3DS title, Dead or Alive: Dimensions.

As revealed in a trailer for the game, a stage inspired by Team Ninja’s Metroid: Other M is in the game. According to Hayashi “Samus Aran will be shown in the game. She comes to help the player”.