Call of Duty Next event – how to watch, start time and more – LATEST

Activision is planning to showcase what’s next for the Call of Duty franchise in an aptly named Call of Duty Next event taking place today.

The event takes place literally 24 hours before the beta for Modern Warfare 2, and as well as new info on that game, we’ll also get info on some of the other upcoming titles in the series.

Here’s the low down on what we expect during the broadcast, and all the info on how you can watch it from the comfort of your own home.

The show has ‘started’ – but it’s currently a 30 minute countdown as we wait for the show proper to start.

Call of Duty Next event – what time does it start?

The Call of Duty Next showcase event kicks off today, Thursday, September 15, 2022.

The show will kick off at 9:30am PDT, that’s 5:30pm UK time, as per the official Call of Duty Twitter account.

Call of Duty Next event – how can I watch?

Activision has confirmed you’ll be able to watch the event alive across just about all its social channels.

There’ll even be some bonus behind the scenes content from the event. That’ll be posted to the official Instagram account and over on the Call of Duty Tiktok.

Or you can simply watch it in the embedded player below so you don’t have to go anywhere. Handy, eh?

Call of Duty Next event – what games will be shown off?

Of course, Activision have been fairly vague about what to expect to get you all to tune in. They have given a few morsels of info to let us know though.

Of course, Modern Warfare 2 will be a big part of the show, with a full reveal of that game’s Multiplayer. That’ll include the debut of brand new maps and modes. There’ll also be gameplay from several prominent Call of Duty streamers, all playing in real time.

However, we’re also promised that there’ll be fresh info on “the next” Call of Duty Warzone, also known as Warzone 2. Will we get a look at it? Well, given it’s scheduled for release “not long after” Modern Warfare 2 we’d hope so. We’ll have to wait and see.

Finally, Activision has also promised a reveal of the just-announced Mobile version of Call of Duty: Warzone. It revealed a teaser and a name this past Thursday, telling us to expect the full reveal at the event.

17:09: It’s been confirmed that we will be seeing Warzone 2 gameplay by several streamers attending the event, including Modern Warzone.

Streamers, influencers and other Call of Duty movers and shakers are starting to arrive at the event now. It seems Activision’s laid on a goody bag for those fortunate to be at the event.

Fans are already pouring over the daily countdown teases like the one below from the game’s official account. They’re hoping to catch a glimpse at more clues to what they’ll see at the show.

To that end, the official Twitter account spent yesterday evening slowly revealing the layout of one of the new maps. According to CharlieIntel, this map is known as Museum and will be based on the similarly-named map from the end of the original CoD: Modern Warfare 2.

While you’re waiting, for the event, we’ve got plenty more Call of Duty reading for you. For a start: here’s all you need to know about the Modern Warfare 2 beta.

Also, it was recently confirmed that Xbox does eventually intend to bring the Call of Duty series, along with Overwatch and Diablo, to Xbox Game Pass. 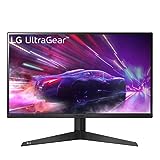 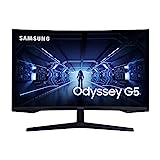