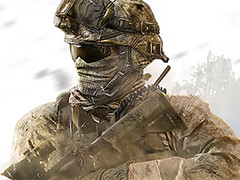 Amazon has released a list of its best-selling products as part of its fifteenth birthday celebrations, revealing that Call of Duty: Modern Warfare 2 is the retailer’s highest selling game of all time.

Grand Theft Auto 5 enters in at number 4 despite only having been on sale for a month, with Call of Duty: Black Ops 2 rounding out the top 5.

“Call of Duty, Grand Theft Auto and FIFA are three of the largest entertainment franchises in the world, so it’s no surprise to see them dominating the top ten best-selling games chart,” said Ketu Patel, Video Games & Software Category Leader at Amazon.co.uk Ltd. “The success of Skyrim suggests that there is a real appetite for epic fantasy games, whilst Zumba Fitness’s appearance in tenth place shows just how big Nintendo Wii’s fanbase is in the UK.”