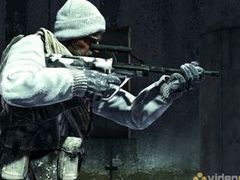 Sales of the original Call of Duty: Black Ops have soared by 13,400% on Amazon following the game’s addition to Xbox One backward compatibility yesterday. Sales of the budget Classics version, meanwhile, had increased by 6,877% at the time of writing.

The jump puts the Xbox 360 version of Black Ops at No.2 on Amazon’s hourly PC & Video Games sales chart, sitting behind Uncharted 4: A Thief’s End and ahead of DOOM. It had previously ranked at No.270 in the sales chart.

Black Ops was first announced for Xbox One’s backward compatibility service last year, following its release on Xbox 360, PS3 and PC in November 2010. The game was the first in the series to introduce Call of Duty’s popular Zombies feature as a separate mode, and is still regularly played by people online.

The latest game in the Black Ops franchise, Black Ops 3, launched last year, with this year’s Call of Duty, Infinite Warfare, set to arrive this November.