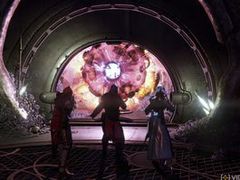 Bungie has no plans to enhance Destiny for PS4 Pro

Destiny, one of the best-selling games of the generation, will not be updated to enable PS4 Pro, Bungie executive producer Scott Taylor has told GameSpot.

Asked if the developer was planning any support for PS4 Pro, Taylor said “no”. Asked to confirm if he was referring to an update to Rise of Iron, he added: “Yeah. Not for Rise of Iron. Maybe as far as the future. We have nothing to announce today, but I mean we’ll be looking at [that].”

Perhaps we’ll see an update released at a later date, but With Rise of Iron expected to be the final expansion for the original Destiny it may well be that Destiny fans must wait for the first true sequel before any PS4 Pro features are offered.