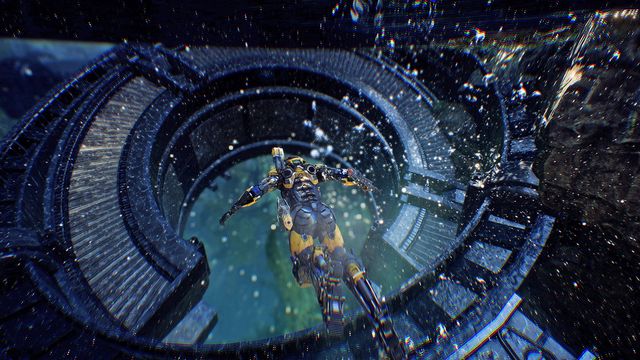 BioWare is ‘100% committed to Anthem’

BioWare has affirmed that it's '100% committed' to Anthem, despite a troubled launch and reports of a number of key members leaving the game's development team over the past few weeks.

Writing on Twitter, Chad Robertson, who serves as Anthem's head of live services, commented: 'We remain 100% committed to Anthem and look forward to showing players the new content we are working on. We want to make sure we aren't overpromising, so our updates on what's coming in the game will be focused when we have things near completion.'

Yesterday, reports flooded in that Mike Gamble, Mark Darrah, and Jonathan Warner had left the Anthem project, with the latter on sabbatical. However, Gamble has since chimed in on Twitter, stating that BioWare's 'support and commitment to anthem 'HAS. NOT. CHANGED.'

Anthem launched on PlayStation 4, PC, and Xbox One back in February, but wasn't in the best of shape. BioWare has been improving things since, although recently announced a delay to a number of key features.