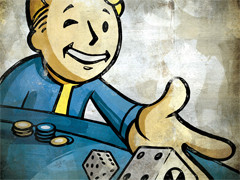 Bethesda not yet sold on Wii U

Bethesda hasn’t yet decided whether it will support Wii U, the publisher’s PR and marketing VP Pete Hines has suggested, adding that the advent of a new generation “comes at a price”.

Speaking in the latest issue of MCV, Hines said that Bethesda’s “approach has been to put our games out on all of the platforms that will support them.

“So far the Wii hasn’t fitted into that. Whether Wii U does down the road is TBD.”

Nintendo has seemingly struggled to find third-party support for Wii U. Yesterday, VideoGamer.com revealed that Ubisoft had put its Wii U version of Ghost Recon Online on hold.

But regardless of whether Bethesda decides to support Wii U or not, the publisher thinks that “there is still plenty [it is] able to do” on the current generation of consoles.

“I don’t think the current generation of consoles are holding us back,” Hines continued. There is still plenty that we are able to do visually, technically and from a story-telling standpoint. And there’s this huge built-in audience now”.

Hines thinks that the jump to next-generation consoles could lead to “problems”, however.

“For me the problems with new consoles are two-fold,” he added. “The developers are trying to hit a moving technical target, because the platforms are being built. A new console doesn’t just show up a year before launch and is exactly what it will be when it comes out.

“It moves and iterates along the way. And introducing something like that to games that are in development is always a bit tricky. And that is obviously an element of risk.”

Hines is also concerned that the relatively few amount of people who jump onto next-generation consoles initially will “divide your audience”.

“The second point is that your install base always starts at zero,” he continued. “Then it comes out and suddenly a certain number of people buy it but it won’t be the same number as the current gen. So you have divided your audience.

“It’s then a case of: Are we just making it for the next gen? Or next gen and current gen? And how many people from the current gen that I’m targeting have moved over to the next gen? It does complicate things a little bit.

“Obviously the changes they are going to make technologically, in terms of the things we will be able to do, are exciting. But it comes at a price.”