Santa’s making a list and checking it twice, and so are we, looking at some of the best Christmas movies you can watch right now on Netflix in November 2022.

Now, I know the Christmas spirit isn’t for everyone out there. Let’s be honest, we can only wear those grandma-knitted sweaters, and listen to Mariah Carey’s Christmas album for only so long.

But, even the inner grinch inside has their heart grow three sizes when surrounded by great company and even better seasonal movies like those below.

In the days leading up to Christmas, a spoiled and newly engaged heiress loses her memory due to a skiing accident.

Diagnosed with amnesia, she finds herself in the care of a handsome widower and his daughter at their cozy lodge. With their help, she journeys to figure out who she is and along the way finds the true meaning of Christmas.

It’s been a while since Lindsay Lohan was the featured superstar that she once was. Granted, Mean Girls will always be a classic film and in the movie night rotation.

But here she makes a strong showing in a surprisingly fun and light-hearted film that’s filled with romance and comedy. And it’s the balancing of both these elements that really make the story stand out. 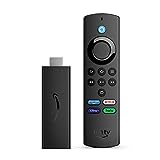 Competing in a Christmas baking competition in Belgravia, a single Chicago-based baker stumbles across a prince’s fiancée who looks identical to her.

They soon hatch a Christmas-time scheme to swap places with each other, discovering romantic entanglements along the way.

High School Musical star, Vanessa Hudgens displays her captivating and loveable charm as the anchor that drives this movie forward.

Especially as portraying multiple characters is never an easy feat. But Hudgens more than rises to the occasion to make this holiday film feel down to earth and an enjoyable romantic gem.

Netflix watchers should gift themselves this delight of a movie along with its sequels this Christmas.

In a unique depiction of the origin story of Father Christmas. An ordinary boy named Nikolas travels to the North Pole in search of his missing father and finds his destiny.

With a loyal pet mouse and a reindeer at his side, he sets out on an extraordinary adventure, discovering the fabled village of Elfhelm in his search.

This movie surprised me with how thoughtful and endearing it was in key moments, and it invested me in the characters and intrigued by the fantastical world around them.

I truly came away loving this film and highly recommended it for all Netflix subscribers.

A once joyous toymaker (Forest Whitaker) is betrayed by his former assistant, who steals his book of inventions, and in so doing, robs the toymaker of his once joyous spark of creativity.

However, decades later, his adventurous granddaughter enters his life, reigniting his creative spark and imagination. And with love, the holiday spirit, and a magical invention, their lives are changed forever.

If Christmas is about the spirit of giving, then this movie would truly be a present for all. Featuring an exceptionally talented cast that also includes the likes of famed comic, Keegan-Michael Key and veteran actress, Phylicia Rashad. Jingle Jangle delivers both comedic tones and emotional breakthroughs.

Which is all to say that this has become one of my new favorite Christmas movies from recent years, and an eloquent gift of a film that Netflix users should consider unwrapping for themselves too.

When Jesper (Jason Schwartzman) distinguishes himself as the postal academy’s worst student, he is stationed on a frozen island above the Arctic Circle, where the feuding locals hardly exchange words let alone letters.

Jesper is about to give up when he finds an ally in local teacher Alva (Rashida Jones), and discovers Klaus (Oscar® winner J.K. Simmons), a mysterious carpenter who lives alone in a cabin full of handmade toys. These unlikely friendships return laughter to Smeerensburg, forging a new legacy of generous neighbors, magical lore and stockings hung by the chimney with care.

If you’re looking for a magical movie that all the family can watch then absolutely put Klaus on your list. As this is a beautiful movie both in terms of its animation and its story which tells a really sweet and heartfelt tale of its own inspired by the story of St. Nicholas.

Klaus is like your favourite Christmas greeting card or painting come to life with its beautiful and painterly animation and all star voice cast bringing the characters to life, and while the movie may have only been released in 2019, it’s already become a Christmas classic in households across the world.

Are there any good Netflix Christmas movies?

Netflix has quite a few good Christmas movies and we’ve picked some of the best for this article.

What’s the number one Christmas movie on Netflix?

Per Rotten Tomatoes audience and critics scores. Klaus, is the number one Christmas movie on Netflix.

What is the most viewed movie on Netflix 2022?

So far, Red Notice, is the most viewed movie on Netflix for 2022.