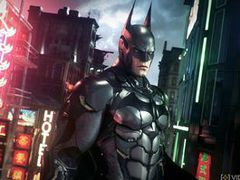 Batman: Arkham Knight will be a digital-only release on PC in the UK

The PC version of Batman: Arkham Knight will only be available to purchase digitally in the UK, Warner Bros. has confirmed to VideoGamer.com. The game will be available physically on PS4 and Xbox One, and – by the looks of it – on PC in other parts of the world.

A reason for the physical version’s cancellation has not been disclosed, although it still seems to be available to pre-order at multiple online retailers, including GAME and Amazon.

Warner Bros. announced earlier this week that Batman: Arkham Knight had suffered a further three week delay, with the game now due to release globally on June 23.