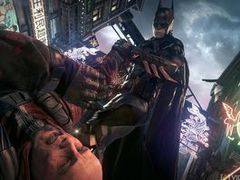 Batman: Arkham Knight and Mortal Kombat X have both sold over 5 million units each since going on sale earlier this summer, the Wall Street Journal has claimed. LEGO Jurassic World, meanwhile, has sold roughly 4 million.

The figures were revealed in a report charting the recent success of Warner Bros.’ video games division, which a spokeswoman at the company described as being “off the charts”.

The publisher has not officially revealed sales for any of the three titles.

LEGO Dimensions, meanwhile, its first entry in the toys-to-life category, was said to have “comfortably” outsold rivals Skylanders Superchargers and Disney Infinity 3 during its opening week, debuting at No.2 in the UK All-Formats Chart.

Its next major release, LEGO Marvel’s Avengers, launches in January 2016.