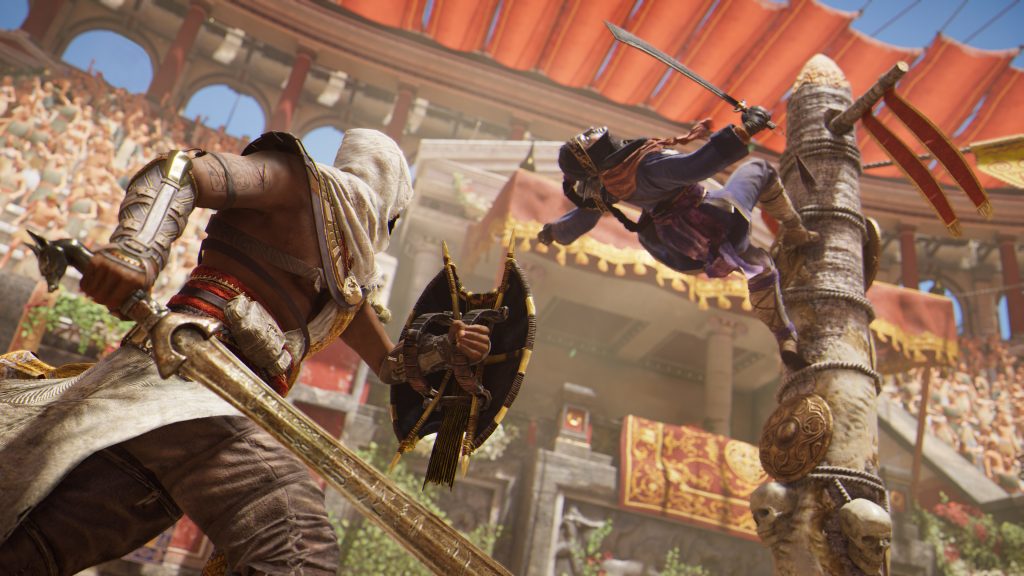 Assassin’s Creed Origins is a pretty good game (eight out of ten good, if you’re wondering) but as with most AAA games these days, it’s not standing still. Over the weekend Ubisoft unveiled details of what’s coming to the game for the rest of this month.

Announced in a blog post on the official website, first on the docket is the addition of a new super-hard difficulty setting called Nightmare, where enemies will be ‘more resilient to damages’, as well as a new Enemy Scaling option that will see enemies of previously low levels scaled up to yours, to make sure returning to earlier encounters will remain a challenge.

Also planned is a new quest called Here Comes a New Challenger, which introduces a horde mode to the game. You’ll be taken to the Cyrene arena where you’ll have to face off against multiple waves of foes, and the devs recommend you go in at level 32 or higher for this one.

The last limited-time God in the Trials of the Gods event, which sees players take on an enormous super-hard Egyptian God, will arrive in the form of Sekhmet, while players who missed the first two gods in Anubis and Sobek will get another chance to take them on as they return at some point later in the month.

Perhaps most intriguingly for this month’s additions is the promise of ‘a new surprise quest’ for which no further details are given, except for an interesting gif that seems to show the back end of a mount with feathers. Some of you may remember that Final Fantasy XV held an Assassin’s Creed crossover event back in August, and these feathers appear very similar to a Chocobo’s from that game, so the common consensus seems to be that we may get them as a new mount for Bayek.

There’s a few other store additions to round off the pack, you can see the full update here. In the meantime, here’s Alice’s argument for why Bayek is the new best Assassin’s Creed protagonist.