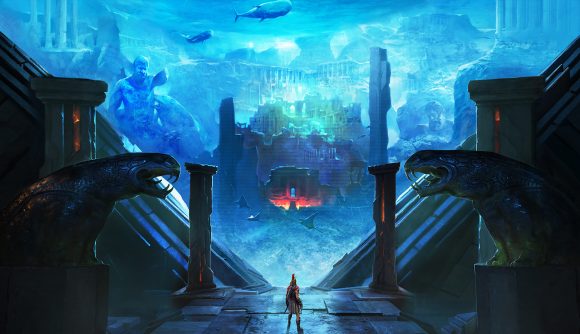 Ubisoft has unsheathed the launch trailer for The Fate of Atlantis, the next major slice of DLC for Assassin's Creed Odyssey.

The expansion sees the sprawling open-world stabathon embracing its fantasy side more than ever, delving further into the realm Greek myth, gods, and legendary beasts. To access it, you'll have to finish the main story, complete the Between Two Worlds questline, as well as the Lost Tales of Greece arc, Heir of Memories. You must also be level 28 or above.

However, there is a shortcut if you fancy getting in on the action quicker. Here, you'll access Heir of Memories with pre-set abilities at level 52, as well as the chance to pick your character. The flip side? You can't transfer your progress to your main game save, or access achievements.

The Fate of Atlantis features three chapters, the first of which launches on April 23 as part of the game's Season Pass.

Not played Assassin's Creed Odyssey yet? VideoGamer recommends you pick it up pretty sharpish.