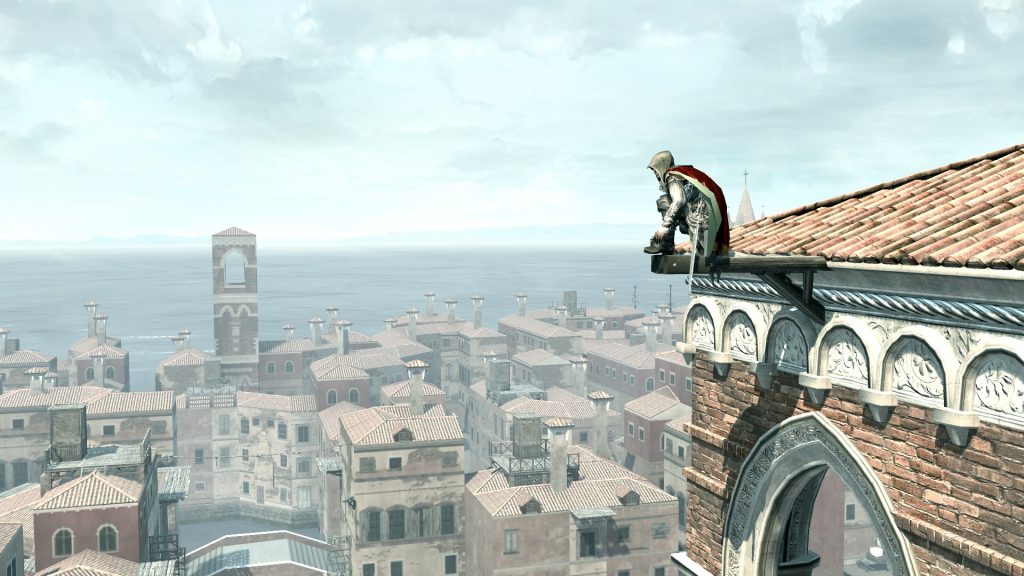 Patrice Désilets, the creator of the Assassin’s Creed series, has said that he’s sorry about introducing the ‘Ubisoft tower’ mechanic that has infiltrated open world game development (via Destructoid).

The ‘Ubisoft tower’ requires the player to climb various points of interest to clear the game’s map. It seems ubiquitous now, but its first iteration was in Assassin’s Creed in which Altaïr would scale buildings and monuments to reveal missions in the city streets below. Of course, it came with the iconic Leap of Faith which will never, ever, ever, stop being cool.

This mechanic was the bread and butter of the Assassin’s Creed series and it made sense: the assassins have supernatural powers that identify targets and landmarks, and the swooping view showed off the stunning historical locale. Then, Far Cry 3 and 4 had radio and bell towers that unlocked areas of the map. Far Cry 5 has a little quip that assures the player they won’t be clambering up hills and towers across the whole of Hope County.

Plenty of developers were bitten by the bug, and players found similar experiences in Dying Light, Infamous: Second Son, and The Legend of Zelda: Breath of the Wild, to name but a handful. As a completionist, I personally like the ‘Ubisoft tower’, but I totally sympathise with those who play linearly and want to be shown all the info from the get-go.

When Destructoid asked Désilets if he feels like ‘the Assassin’s Creed guy’, he laughed and explained his perspective on the series’ legacy. ‘I dunno man! Honestly, I don't know,’ he said. ‘A little bit! If you're going to spend years on something I hope that happens. Breath of the Wild, wow! That was a game where you could do anything, once you finished the first half hour or so. Now, you're going to just climb towers and unfog the rest of the map. Sorry… it's my fault…’

Désilets departed Ubisoft in 2013, and has started his own, independent studio called Panache Digital Games. Its debut title was Ancestors: The Humankind Odyssey which is all about the birds, the bees, and the monkeys, and the sabretooths, and the prehistoric crocodiles. Josh liked that, but the game ‘replicates the fumbling, trial-and-error progress of evolution, which often isn’t fun.’