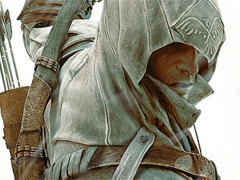 Working on Assassin’s Creed 3 was a “mindf*ck of an experience” and “a perfect storm of bullsh*t”, an alleged former Ubisoft developer has claimed, stating that the number of people working on the product and tight deadlines led to multiple issues with the game’s development.

Commenting on the game’s production on Reddit, the supposed developer labelled Assassin’s Creed 3 as “a wreck”, before citing issues with “ridiculously unrealistic expectations and constantly tacked on features by producers [and] the creative team.”

“In order to get everything in the design doc completed in time for the annual release (ugh!), team size was constantly fluctuating,” the alleged dev said. “The game was worked on by large majority of the Montreal team, as well as Ubi Quebec, Ubi Annecy, Ubi Bucharest, and Ubi Singapore. Between 500-600 people touched the game before it’s release.”

The dev also claims that major elements of Assassin’s Creed 3 were kept out of sight of multiple team members for large parts of its development.

“A disturbingly large portion of team members had no idea about the majority of the Homestead, Caravan, and assassin crew side missions,” they continue. “There was basically so much content that even approaching release, plenty of grunt workers like myself on the ground were finding new features they didn’t know existed that needed more attention.

“Upon completing the story, there’s an origami-crane node collecting mini game that unlocks that I’ve NEVER seen covered or mentioned in any gaming blogs, reviews, or fan vids. Most of us didn’t even know it existed. That’s how random and disjointed the design was. Everything was documented on the company wiki of course. The impenetrably deep, confused, several-thousand page wiki.”

Certain parts of the game went “ignored” until the end of the development cycle, too, the dev claims, and “a large action set piece” was allegedly removed just two weeks before the game went gold.

“Stuff like the homestead economy, weapon crafting, hunting, board games, and the late-game set pieces were all heavily ignored til the very end of development, and no time was given to polish them or make them cohesive,” the developer continues. “Getting 100% went from something fun for the diehard fans, to a herculean task of tedium and dumb-luck. A large action set piece near the Haytham boss fight was entirely cut ~2 weeks before we went gold.

“On top of that, some vital cutscenes [animations] and audio weren’t implemented until right befoe [sic] gold. So the (massive and disjointed) test teams were often sitting on their laurels waiting for more content while the thousands of issues they had already flagged were marked as ‘Won’t Fix’ due to time constraints.”

And the game’s problems weren’t helped by the choice of engine, either, the dev claims, which was supposedly “designed with next-gen consoles and future PC tech in mind”.

“As for the shitty performance, it was the first project ever used on the new AnvilNext engine, which was pretty much designed with next-gen consoles and future pc tech in mind, so it was super inefficient on PS3/360,” they continue.

“It was a widespread opinion that AC3 was just a massive tech demo for AnvilNext, in anticipation for AC4 and future projects. Took a while for the some programmers to get used to the engine given the processing constraints.

“In conclusion, while the Ubisoft work atmosphere is actually quite calm and respectful in comparison to other larger devs in the industry, the time constraints of an annual release, too many teams to coordinate, and new engine all created a perfect storm of bullsh*t.”