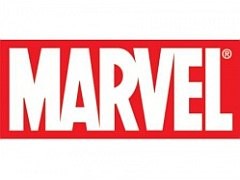 Overnight a listing for PS3 and Xbox 360 versions of a Marvel vs Capcom Tournament Edition Arcade Stick was spotted on online retailer ShopTo (since removed), supporting earlier evidence that Capcom is planning to release Marvel vs Capcom 2 on PSN and XBLA.

The arcade stick was listed for release on July 10, 2009 and is said feature the artwork of Marvel vs Capcom 2. While there’s nothing here that confirms the cult beat ’em up’s imminent release, combined with earlier evidence it makes a strong case. Late last year the game showed up on the ESRB website, having received a rating on Xbox 360 and PS3.

July isn’t far off, so if true we could see an announcement soon. Capcom’s Captivate event is taking place next week and E3 is fast approaching.