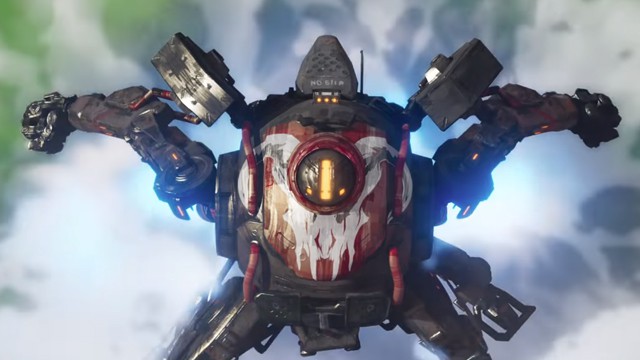 Apex Legends has released its latest 'Stories from the Outlands' short to introduce its next character Valkyrie to the battle royale, and as previously teased by developer Respawn, Titanfall fans are in for a treat.

It turns out Valkyrie is the daughter of Titanfall 2 character Viper. If you're not in the know, Viper was one of the sub-bosses in Titanfall 2 who (slight spoilers for that game) ripped off BT's left arm in your scuffle before you defeated—and subsequently killed— him. In the short, entitled 'Northstar' (which you may remember was also the name of Viper's Titan) we meet his daughter Valkyrie, who's out for revenge against his former boss, fellow Titanfall legacy character Kuban Blisk.

It's a great introduction to Valkyrie for Titanfall fans, but we'll let you watch below rather than spoil the whole thing — keep an eye out for all the other Titanfall nods too. As to how she'll play in Apex Legends is still to be fully revealed, although the reveal at the end seems to point towards some kind of jetpack made from her Father's former machine.

We won't have too long to find out, as the trailer also reveals that Valkyrie, along with Season 9 entitled 'Legacy', will land in Apex Legends on May 4 with more details on the upcoming season to be announced over the next couple of weeks. The game is currently available on Xbox Series X|S, Xbox One, PlayStation 5, PlayStation 4, Nintendo Switch and PC.